Sunday morning at Malvern dawned clear and cold. Yay, sunshine! We were supposed to vacate the Lighthouse by 11am, but needless to say we were still sitting around the table talking at 12.30pm.
Reluctantly, we dragged ourselves away - VP and Yolanda heading for Bristol airport and me heading for London with Gail and Frances, dropping Ewa at the station in Great Malvern on the way. Considering we hadn't met before that weekend, it was ridiculously difficult to say goodbye. There were lots of hugs.
Gail and Frances and I felt even worse when we dropped Ewa at the station. She looked so lonely waiting for her train. We were slightly distracted, though, by the station itself (below) which has to be one of the prettiest I have ever seen. 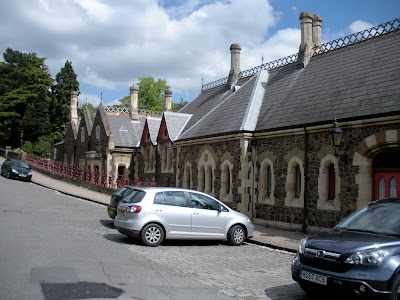 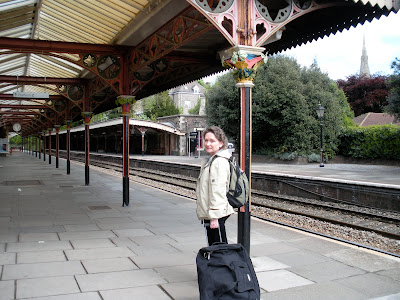 Here's Ewa waiting for her train. While I was taking this photograph, I suddenly noticed that each of the columns supporting the platform canopy had a different design at the top. Some had flowers, some had leaves. Very appropriate for a station used by garden bloggers. 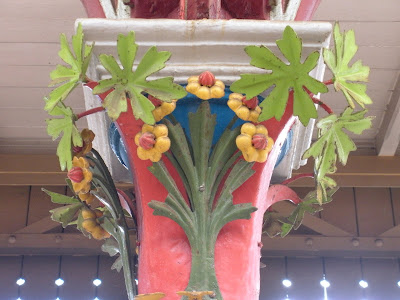 And then there were three of us - me, Frances and Gail. I'd hoped to break the journey with a visit to Mill Dene but it was shut (more about UK garden opening times in the next post ...). So instead we headed for Batsford Arboretum, at Moreton-in-Marsh, in the heart of the Cotswolds.
Batsford is interesting not only for its trees but also because it is the former home of the Mitford family, who lived there from 1916 to 1919. It is Batsford that features in Nancy Mitford's books as Alconleigh, the home of the eccentric Radlett family. 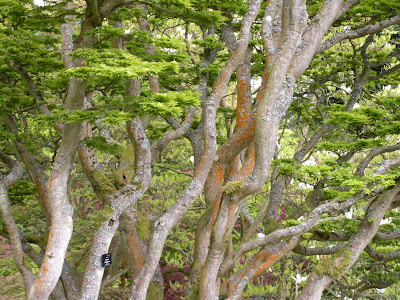 I'd chosen to visit Batsford for the usual three reasons - it offered interesting planting, a nursery and somewhere to have tea and cake. The draw at this time of year was supposed to be the blossom (magnolias and ornamental cherries) but as you can see from the pictures, it was a great time to see the maples. 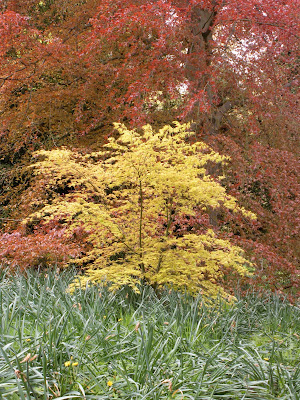 Here's a golden-leaved maple against a huge blazing bonfire of a copper beech. Below is Acer pseudoplatanus 'Brilliantissimum'. The name says it all. 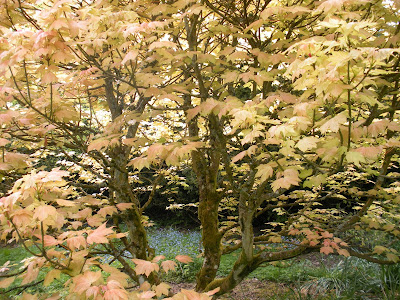 Posted by Victoria Summerley at 9:25 AM