I'm ashamed to admit I've never been to the Channel Islands. My knowledge of them is limited to the 1980s BBC detective series Bergerac, which was set in Jersey. So I was thrilled when the Royal Horticultural Society invited me to attend the annual Britain in Bloom awards, held in St Peter Port, in Guernsey, at the weekend.
Britain in Bloom is seen by many as a rather cosy, middle-class affair - a kind of Neighbourhood Windowbox Watch. This is a bit unfair. Taking part in Britain in Bloom can effect a genuine transformation in neighbourhoods, not only aesthetically, but economically, environmentally and socially. It's not surprising, then, that the judges aren’t just looking at the quality of the summer bedding but also at the level of community participation and environmental awareness.
Take Herm, for example. One and a half miles long and half a mile wide, with a population of 63, it lies between Guernsey and Sark, and it was one of the gold medal winners in the 2012 awards, as well as carrying off  the RHS Britain in Bloom Tourism Award, presented to the finalist that demonstrated the most effective use of their "In Bloom" participation as a means of supporting tourism. 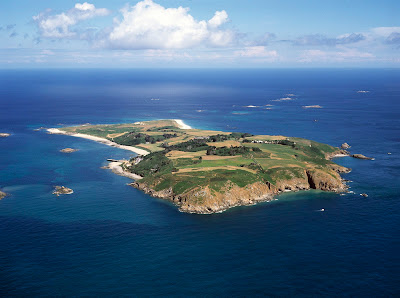 Herm could be said to have more in common, horticulturally speaking, with Madeira than Manchester. A holiday island paradise, brimming with sub-tropical specimens such as echiums, brugmansia and osteospermums, it might not be the first image that springs to mind when you hear the phrase “Britain in Bloom”. However, as with many places in the British Isles, the beautiful surroundings it can offer visitors are crucial to bringing in tourist cash. If the only way people can get to you is to take a three-mile boat trip from Guernsey (itself a 40-minute flight from Gatwick), you have to be able to provide something with a bit of a wow factor once they get there. 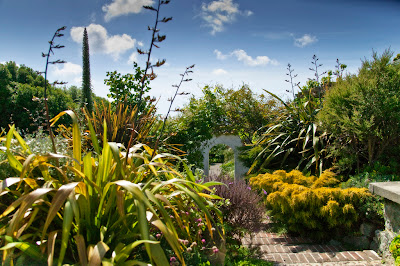 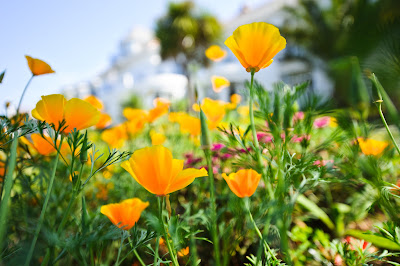 Two full-time gardeners, Brett Moore and Roseanne Wheeler, ensure that the tiny island looks its best from April to October, and as well as the sub-tropical plants, there’s a wealth of wildflowers – dog roses, foxgloves and rare orchids. 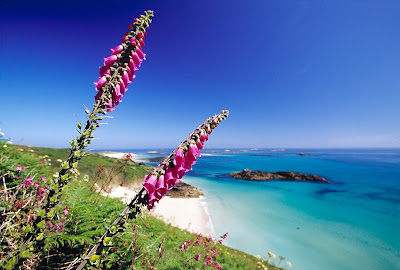 Perhaps the economic imperative explains why the affluent south-east doesn’t figure as prominently as you might expect (given its mild climate) in the Bloom awards. The number of long-range commuters and the prevalence of second homes also means that it is difficult to build the sense of mutual endeavour that glues a community together.
The only finalist south of Watford in the Champion of Champions category for 2012 was Thornbury in South Gloucestershire, while the outright champion of champions was the Northern Irish village of Broughshane, in Country Antrim.


It’s been a tough year for anyone involved in horticultural endeavours. The weather was horrible and money is tight, so all the participants deserve credit, believes Roger Burnett, chair of the RHS Britain in Bloom judging panel, for rising to the challenge.
He said: “I love seeing the imaginative ways communities overcome challenges. It was reported that groups were pulling out of Britain in Bloom because of these problems but, in fact, we had a ten per cent increase in the number of groups signing up, making it a record year.”
For the St George’s Crypt homeless shelter in Leeds, joint winner of the RHS Britain in Bloom Young People’s Award, the emphasis is on cultivating pastoral care rather than pansies and petunias.
There has been a homeless shelter at St George’s since 1930, but three years ago, following a huge refurbishment, the charity decided to redesign the garden  and incorporate it into their Social Enterprise scheme.
Chief executive Chris Fields explained: “The theme is nurture, and we offer either catering or horticulture. Anyone who comes here is offered 15 hours of personal development to see if they like it, and at the moment we have six ex-offenders and six ex-addicts on the scheme.”
The trainees run a small market garden, and are just about to take delivery of 30 chickens. They’ve taken part in guerrilla gardening projects in the city, liaising with local developers to plant up unused plots, and they also provide garden maintenance for local people – under supervision, of course. 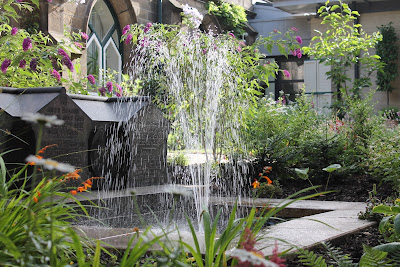 Mr Fields said: “I don’t believe in the Playstation/pool table culture. Getting back to nature really suits certain individuals, who wouldn’t benefit from sitting in a room with a group of people talking about their problems. For addicts, especially, it can be helpful, because they can measure their progress against the growth of the plants and the passing of the seasons." 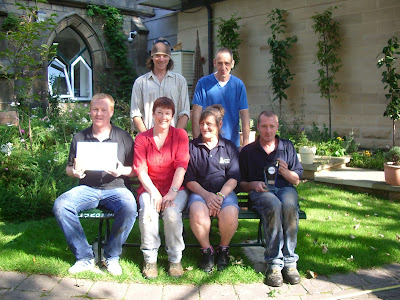 Hearing about this sort of scheme is quite humbling. Indeed, being at the dinner in Guernsey on Saturday made me very aware of the astonishing efforts that are being made through the UK, by ordinary people, to make our cities, towns and villages better places to live.
All the Britain in Bloom volunteers I spoke to had one thing in common; a huge pride in their local community. I was on a table with the group from Spofforth, a village near Harrogate. They weren't in it for the money (they themselves don't get any), or the publicity. Their idea of reward was to get a certificate with an RHS gold medal, and when they won their gold, they all burst into tears.
Posted by Victoria Summerley at 8:47 PM