Sunshine and an afternoon in the garden 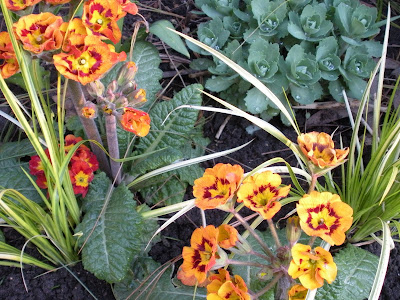 The sunshine struck hot on his fur, soft breezes caressed his heated brow, and after the seclusion of the cellarage he had lived in so long, the carol of happy birds fell on his dulled hearing almost like a shout. Jumping off all his four legs at once, in the joy of living and the delight of spring without its cleaning, he pursued his way across the meadow till he reached the hedge on the further side The Wind in the Willows, by Kenneth Grahame
A sunny day today. And not just any day, but a sunny Saturday. Hurray!
I felt like Mole in The Wind in the Willows, when he smells spring in the air. Instead of getting on with the cleaning, or the shopping, or the laundry, or the cooking, I cast my supermarket list and my dishcloth to one side, grabbed whatever was in the freezer to defrost for supper, and rushed out into the garden.
I've always thought of March as a rather tedious month from a gardening point of view. It's the time of year when you remember what you should have done six months ago. It's a time of chores and preparation rather than a time of celebration and exhilaration.
Today, however, was perfect. There were no really back-breaking jobs to do. There was nothing pressing (not that I could think of, anyway). It was just the sort of day for pottering - a bit of light pruning here, a bit of planting there, a bit of tweaking here, there and everywhere.
So I mowed the lawn. I planted some polyanthus. I continued the marathon task of tidying the phormiums - a job that is much easier if you do it a bit at a time. 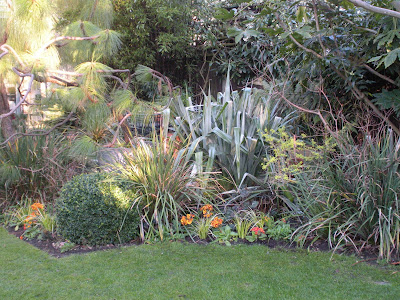 The polyanthus are called 'Castillian' and I got them at RHS Wisley. I usually go for white flowers in early spring, but I thought these were not only gorgeous but gave a hint as to the colours to come later in the year. 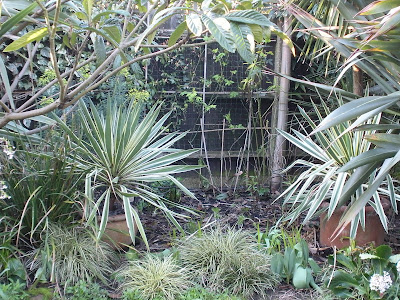 Of course, there are major jobs to be done. This border here is about to have the tweak of its life. Originally, the yucca on the left was in the middle - I'm not quite sure why. Putting it on the left has opened up the whole bed for who knows what planting opportunities. I feel cannas may figure fairly prominently. There are things in there already - agapanthus, crocosmia, euphorbia - and my cannas are snugly tucked up in the garage. I don't really need any more plants - but that won't stop me going to have a look... 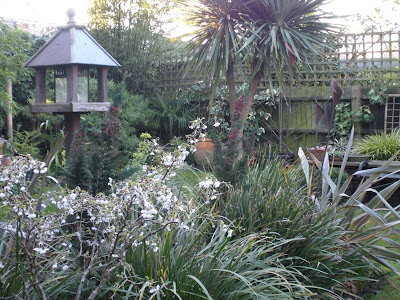 Then there are other bits of the garden that are just getting on with things, so I don't really have to do anything. The blossom in the foreground is Prunus incisa 'Kojo-no-mai' - Patientgardener is also a fan. 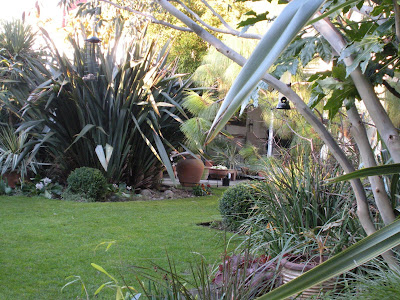 There's nothing like sitting back and admiring a newly mown lawn. Oops, I've just noticed the bird feeders need filling up. Gotta go!

Posted by Victoria Summerley at 5:17 PM