The stage is set, the seeds are sown

Now all I need to do is wait for spring to show up. I'm very proud of myself - I'm not normally this organised. However, I wanted to try growing coleus (Solenostemon) this year and I thought if I invested in the right equipment, I might actually achieve that ambition.
This rather smart propagator is from Harrod Horticultural and is ideal for an urban gardener like me as it fits on a windowsill, and the seed trays aren't too big. You can grow lots of different things, instead of one huge batch of one thing. 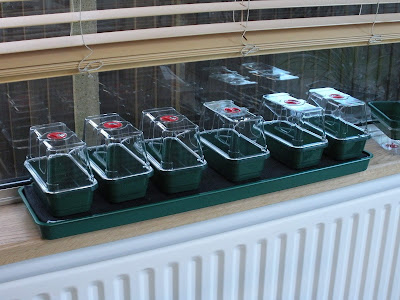 It's self-watering, in that it has a capillary mat on which the seed trays sit, and this takes up water from the reservoir in the base. It's very simple, very low tech, and it cost £20.
That may seem like a lot of money, but I worked out that by the time I faffed around trying to find small seed trays, and plastic tops for them, and something for them to drain into, and blah blah blah, I'd probably have spent £20 AND about three hours doing it.
I thought about getting the heated version, but the windowsill I like to grow seeds on has a radiator beneath it, and it faces south, so I think the soil will keep quite warm.
If you've never used Harrod Horticultural, I recommend them (and no, the propagator wasn't a freebie). They're very efficient - I ordered my propagator Wednesday evening and it arrived yesterday, Friday. I can spend hours drooling over their catalogue, dreaming of the day when I have a kitchen garden and fruit cages.
I'm ashamed to say this, but I'm not a great one for sowing seeds. I always end up with too many plants and not enough gardening friends to give them to. I suppose I could sell them at my garden open day, but since it's at the end of August, it's quite a long time to keep things in pots, and nobody wants to buy tender plants at the end of the summer anyway.
I'm also terribly picky about colours. I don't like mixtures, and, oddly enough, I like the flowers to turn out exactly like the picture on the front of the packet. This doesn't always happen, in my experience.
With coleus, though, I don't care. They can turn out any colour they jolly well like - I will love them all. If I had to state a preference, it would be for the ones that are orange, or gold, or lime green, but I really don't mind. 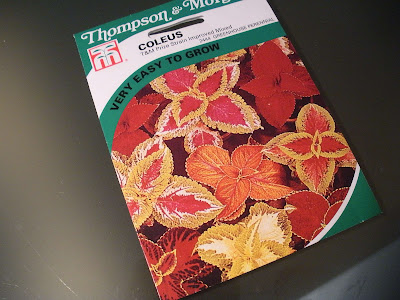 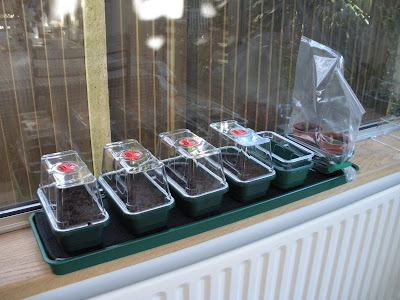 On the subject of coleus, the world seems to be divided on how to take cuttings. Some people say root them in water, which you should change regularly; other people say root them straight into potting soil. I've never had much luck rooting cuttings straight into potting soil - I seem to do better in water. Why is this, do you think? Do some of us have more of an affinity with water than with earth? And does that explain why I love ponds? 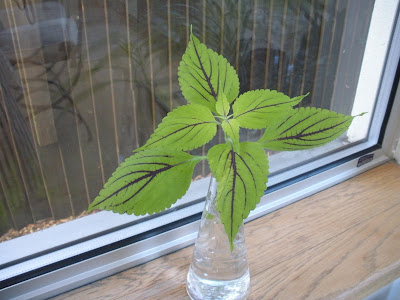 Posted by Victoria Summerley at 12:23 PM