Something destroyed my begonias. I can't even bring myself to take a photograph of the damage. I have nurtured the little chaps ever since I got them from Rhodes and Rockcliffe just after the Chelsea Flower Show. Begonia grandis subsp sinensis, and when I first got them, the name was bigger than they were. They went from tiny pot to bigger pot, to even bigger pot. They were just beginning to sprout sideshoots. Then along came some creature (a pigeon? a squirrel?), who nipped first one, then the second right off, leaving just a stump. They didn't even eat the leaves, but left them lying beside the pot, as a final act of callous vandalism. There was no sign of any snail trail. And in any case, the plants had been out in the garden for two months, so if snails or slugs had taken a fancy to them, I would have known by now. Sigh.
(Shopping list now reads: Burkha [see previous post]. Deet [ditto]. Gun. I expect MI5 at the door any moment now.) 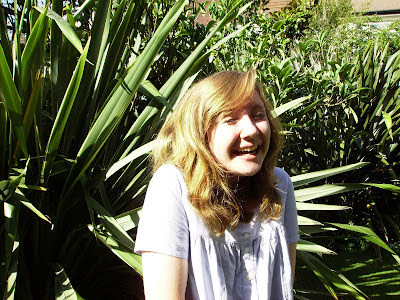 My daughter passed her piano exam! With distinction! She's had a smile from ear to ear ever since she got the news. (Which for a 14-year-old is saying something, believe me...) She's at the piano as I write this, playing the Liszt Consolation No 3 in D flat. It seems appropriate. If you don't know the piece, check out the Artur Rubinstein version below.

Posted by Victoria Summerley at 10:24 PM